Teaser for 'Gidi Run' (Game Made by Nigerians about Lagos)

Gamsole, the largest game development company in sub-saharan Africa, has released a video teaser in anticipation of its soon-to-be-released game, 'Gidi Run'.

Gidi Run is a three-dimensional endless runner set in the bustling Lagos metropolis, the commercial hub of Nigeria. Gamsole is not only pushing the envelope with slick 3D graphics but is also exploring a richer experience with unique and better developed in-game characters. Gidi Run's characters all have distinct personalities and a rich spectrum of expressions.

According to company CEO, Abiola Olaniran, 'our latest game is set in Lagos and is how we reaffirm our commitment to exporting African entertainment to the rest of the world. Temple Run and Subway Surf fans will appreciate this game. Gidi Run is our most ambitious effort to date.'

The comical video teaser features Musa, a truculent cop who has set up a makeshift checkpoint at which he extorts public transport workers. But he didn't reckon on Shanko, a dare devil bus conductor that cannot be bothered to stop for even the police. The trailer also introduces Bamidele, another cantankerous cop, and Ebuka, a taxi driver. 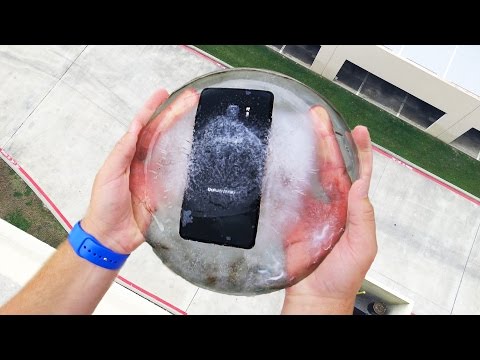 The Galaxy Note 7 gets frozen in a block of ice and dropped from 100 feet - guess what happens!